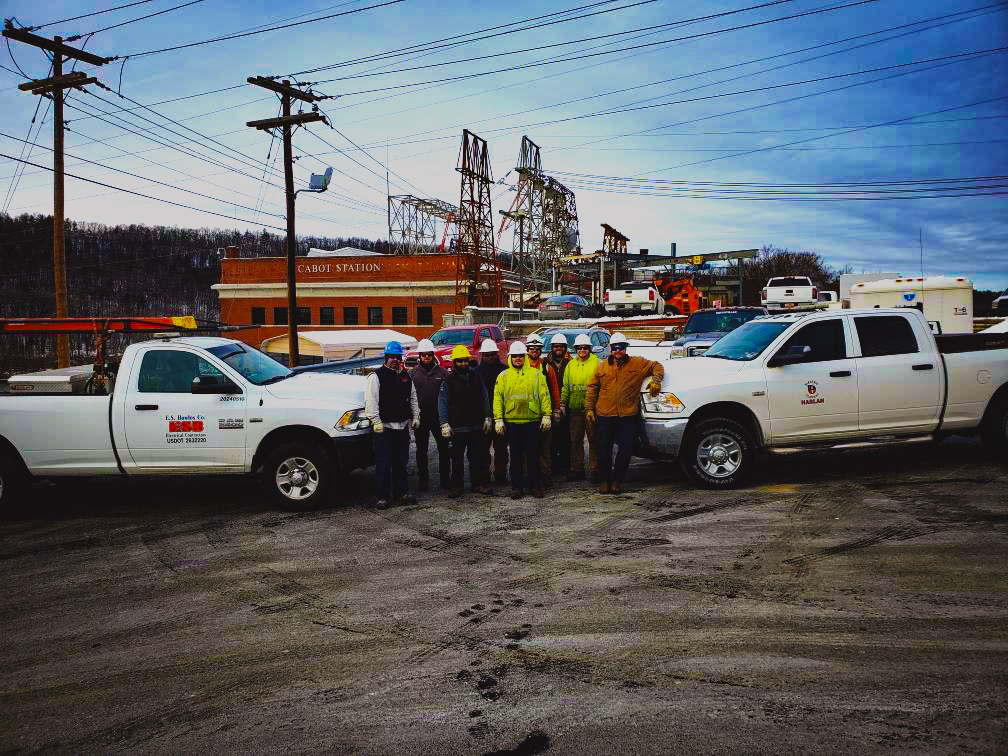 The project is another successful, cooperative effort between these two MYR Group Inc. subsidiaries who operate in the northeast U.S.

The planned upgrades, engineered by TRC, were designed to increase the overall generating capacity of the power plant. ESB crews concentrated on the interior substation work, while Harlan Electric line workers focused on the transmission lines leading to and from the station.

The scope of work included installing several new cable trays, re-running cables to provide proper spacing, upgrading aluminum bus and taps, reinforcing the existing lattice towers and replacing the original conductor with a bundled 2500 aluminum alloy conductor, some of the heaviest material the crew from Harlan Electric had ever worked with.

Adam Mancini, ESB’s utility division director, said the solid working relationship that exists between the two electrical contractors, which started when ESB was acquired by MYR Group in 2015, is advantageous.

“We respect each other’s skills and territory,” Mancini said. “Our goal is to ensure we deliver the most qualified team to our client, and if Harlan Electric or another MYR Group subsidiary has more experience performing a particular task, we’re not shy about bringing them in. It’s a fairly seamless process for our clients since we share the same equipment, training, safety culture, and construction management systems across subsidiaries.”

John Carrier, an ESB project manager, said the second and final outage was successfully completed on time a week before Christmas.